QINGDAO, China, June 14, 2021 /PRNewswire/ — After a year’s delay, UEFA EURO 2020 officially kicked off in Rome, Italy, in the early hours of June 12, Beijing time. The presence of a large number of Chinese elements on the many digital screens overlooking the stadium aroused widespread discussion among audiences throughout China. In 2016, Hisense, as the first Chinese firm to become a sponsor of UEFA EURO, ran an advertisement with the tagline “Buy TV, Choose U7”, that was seen by millions of football fans worldwide. Hisense’s sponsorship 5 years ago inspired many more Chinese companies to follow their lead by becoming UEFA EURO sponsors. As a result, advertisements from Chinese firms have become a common sight at all of Europe’s major tournaments. 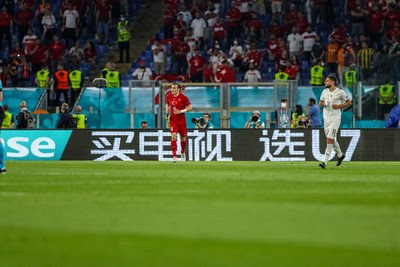 It is the first time in the history of UEFA EURO that the interval between tournaments was extended to five years rather than the usual four. This year also marks the 60th anniversary of the quadrennial event. This year’s tournament was especially anticipated by spectators and football fans around the world, as it is the first world-class sporting event following the ending of lockdown measures in most countries since the outbreak of the pandemic, as well as the first to allow a certain number of spectators to watch the game on site. There was a huge turnout online in Europe for this first game of the tournament, while Chinese fans, due to the time difference, stayed up late to watch the game. The first three days of UEFA EURO 2020 happen to coincide with the Dragon Boat Festival holiday in China, when star teams from Belgium, England and the Netherlands had their first matches. The popularity of these three teams in China is expected to send ratings soaring among that audience. 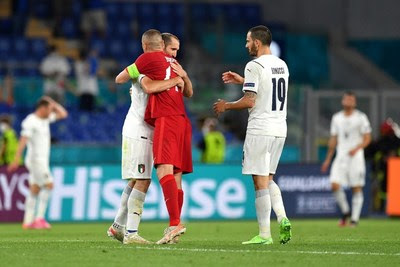 Five years ago, in 2016, Hisense, the first Chinese sponsor of UEFA Euro in the 56-year history of the tournament, left a lasting impression on the audience with the tagline “Hisense TV China’s No. 1”. During the opening match this year, however, Hisense chose to remain low-profile, by returning to the earlier tagline “Buy TV, Choose U7”. The U7 is a customized TV set series officially created for UEFA Euro 2020, and is proving to be an item in the Hisense TV portfolio that is turning a lot of heads. Just as most soccer teams have their own legendary “No. 7 player”, Hisense’s executives, as they have become of aware of the series’ popularity, have started referring to it in company meetings as “Hisense’s No. 7 Player”. 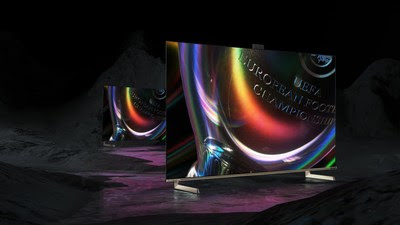 Publicly available data from All View Cloud show that for two consecutive months, three models in the Hisense U7 series have been among the top 10 best-selling new TVs in China. Hisense U7G-Pro, the world’s first ULED XDR TV, boasts a peak picture brightness of 1600nit, more than 5 times that of ordinary LCD TVs, vastly boosting the clarity of the image and the level of detail. The ultra-high 144HZ refresh rate eliminates the streaking effect that mars the viewing experience when players run or pass the ball. Hisense has also developed a “Super Fan” viewing mode tailored for this year’s UEFA Euro, which includes features such as AI Green Field (a smart feature that optimizes the viewing effect when panning over a field green grass, rendering the image substantially clearer), AI Watching and Multi-Perspective Watching. The lineup of these special features with the football fan in mind makes U7G-Pro a particular good choice for watching UEFA EURO 2020 games.

This website uses cookies to improve your experience while you navigate through the website. Out of these, the cookies that are categorized as necessary are stored on your browser as they are essential for the working of basic functionalities of the website. We also use third-party cookies that help us analyze and understand how you use this website. These cookies will be stored in your browser only with your consent. You also have the option to opt-out of these cookies. But opting out of some of these cookies may affect your browsing experience.
Necessary Always Enabled
Necessary cookies are absolutely essential for the website to function properly. These cookies ensure basic functionalities and security features of the website, anonymously.
Functional
Functional cookies help to perform certain functionalities like sharing the content of the website on social media platforms, collect feedbacks, and other third-party features.
Performance
Performance cookies are used to understand and analyze the key performance indexes of the website which helps in delivering a better user experience for the visitors.
Analytics
Analytical cookies are used to understand how visitors interact with the website. These cookies help provide information on metrics the number of visitors, bounce rate, traffic source, etc.
Advertisement
Advertisement cookies are used to provide visitors with relevant ads and marketing campaigns. These cookies track visitors across websites and collect information to provide customized ads.
Others
Other uncategorized cookies are those that are being analyzed and have not been classified into a category as yet.
SAVE & ACCEPT